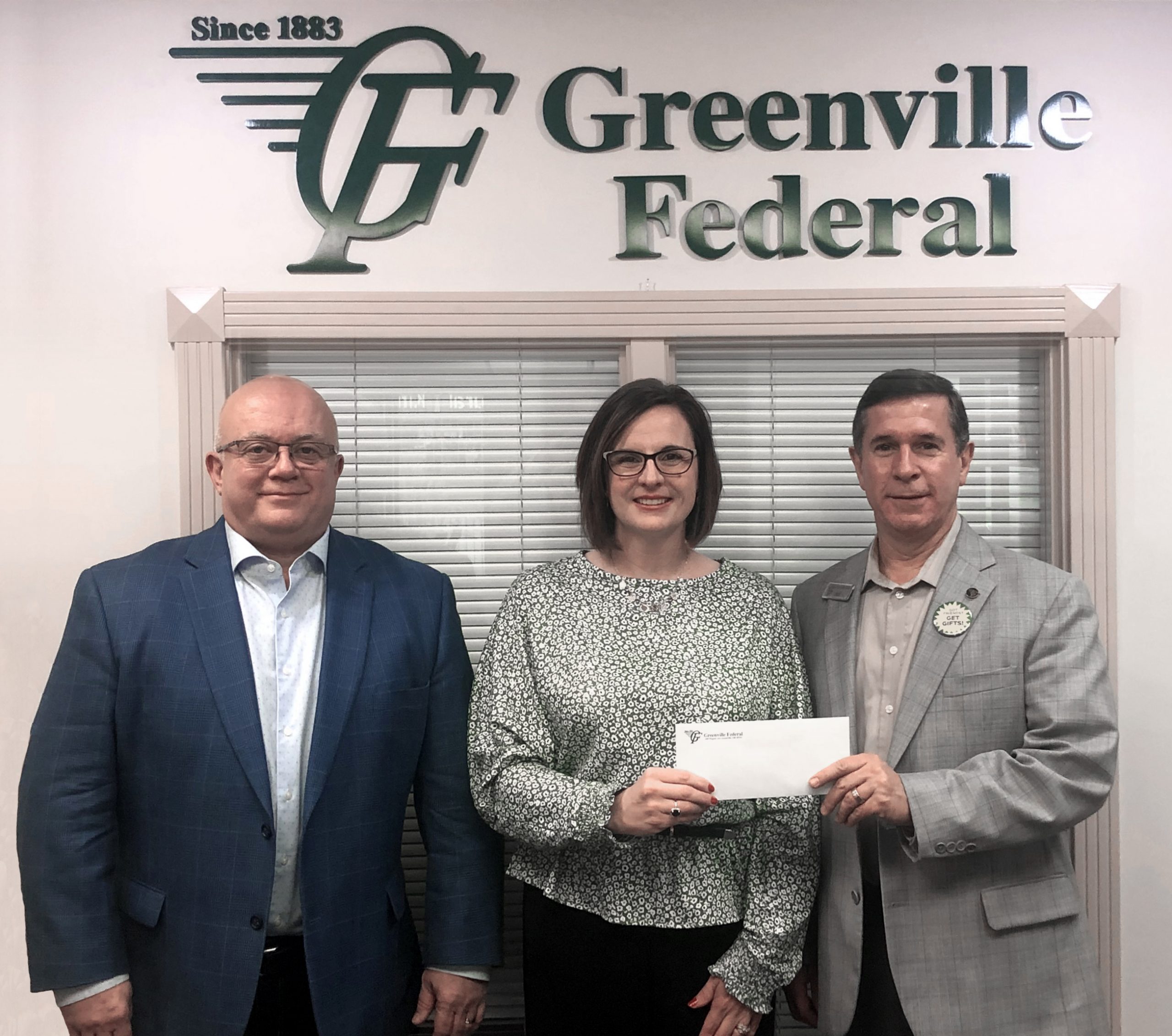 GREENVILLE – Darke County Center for the Arts recognized Greenville Federal as an Impresario sponsor of the upcoming presentation of award-winning a cappella quintet VoicePlay in concert at Henry St. Clair Memorial Hall on Saturday, Dec. 14, 8 p.m.

Greenville Federal also supports DCCA’s Family Theatre Series and Arts in Education programs, which benefit Darke County youth and their families. According to DCCA Executive Director Andrea Jordan, “DCCA is grateful for Greenville Federal’s sponsorship at the Impresario Level, DCCA’s highest level of sponsorship, which helps enable our efforts to provide culturally enriching experiences for the citizens of our community.”

VoicePlay originally gained fame as a finalist on season four of NBC’s The Sing-Off, and has continued to win acclaim touring across the U.S. and around the world. According to Mr. Warner, the group’s members, Earl Elkins, Jr., Eli Jacobson, J. None, Geoff Castellucci, and Layne Stein, use only their own voices to create a fully orchestrated sound while performing songs from many eras in a broad variety of styles. “They have a lot of fun emoting and vocalizing and creating their own musical accompaniment, and that sense of fun is transmitted to the audience which can’t help but get caught up in the magic,” Mr. Warner commented. Tickets for the VoicePlay Holiday Concert are $30, and can be obtained by contacting DCCA at 937-547-0908 or online at www.darkecountyarts.org. If any remain by show time, tickets can also be purchased at the door prior to the performance. Patrons are reminded that parking is now available at the new St. Clair Memorial Hall parking lot, which can be entered from Armstrong Street and Central Avenue.

In addition to the Holiday Event VoicePlay will also be performing for Darke County public school seventh and eighth graders at St. Clair Memorial Hall as part of DCCA’s Arts in Education programming on Dec. 11 and 12. DCCA’s A.I.E. program annually presents high quality professional artists who perform for students in all grade levels in each local public school at no cost to the students. Other presentations include The Fitzgeralds, step-dancing fiddling siblings from Canada’s Ottawa Valley, who performed for high school students; DuffleBag Theatre’s interactive celebration of storytelling for kindergarten through third graders; and Guitar Man Jim McCutcheon bringing his highly contagious enthusiasm and love for music to fourth through sixth-graders Jan. 6 through 10.

Darke County Center for the Arts presents and promotes performing and fine arts encouraging cultural enrichment. For more information contact the DCCA office at (937) 547-0908 or visit our website DarkeCountyArts.org

Looking to open a new account? Click here to download and print our form. Once completed, please call a GF Banking Center near you to make an appointment.

From time to time, we provide links to other websites for the use of our visitors, which have been compiled from internal and external sources. By clicking “Continue” below, you will be opening a new browser window and leaving our website. Although we have reviewed the website prior to creating the link, we are not responsible for the content of the sites.

Information on linked website pages may become dated or change without notice, and we do not represent or warrant that information contained on these linked pages are complete or accurate. We suggest that you always verify information obtained from linked websites before you act upon such information.

The privacy policy of this bank does not apply to the website you visit. We suggest that you always verify information obtained from linked websites before you act upon such information.